When I sit down to write a blog, it always happens one of two ways. Either  it just all ‘falls out’ with no real plan and I have a blog or more commonly, it goes round and round in my head for hours or sometimes even days before I give in and write it down, and even then it rarely goes where I expect it.

Yesterday I knew I wanted to write a blog about the past year and about looking forward but I just couldn’t get past the first sentence. ‘I hate New Year’s Eve!’

As many of you know this is certainly not my favourite time of year; it never has been. To me it means sadness and loneliness and I find it really hard to get past that. It reminds me of my childhood when I watched my mother change from a reasonably happy and outgoing person to a sad, introspective one as she thought about her family and her other children she never saw. Last night as I sat feeling sad and so alone, I realised that I am doing the same thing to my kids. It is time it stopped! It is time to get back to finding me, to believing in myself and JDFI!

So I got up out of my chair, washed my face and 2 of the boys and I went down to watch our local fireworks and then had sparklers in the back yard. Then I sat down and thought about the last year and the changes there have been in my life.

This time last year I was still feeling sad and extremely lonely. I knew it was time to move forward with my life. It felt like I had been grieving forever, not just for John, but for our lives, for myself and my boys and for the person I used to be. I had no (local) friends, I never went out except to work and to buy food although never alone, my house was a mess, I wasn’t performing as well as work as I knew I should be and I could see no way it was ever going to change. I would look in the mirror and wonder how anyone could ever love me, when I couldn’t even like myself. There were things I wanted to do but every time I tried to start anything, I just gave up because 1. What was the point and 2. It was probably crap any way.

Twice in the past I have been on anti-depressants and I was resisting going back on them again. The stupid thing was, the reason I was resisting was because I just didn’t want to feel any better about myself. I hated the way I was but at least I knew who and what I was. Changing anything just seemed too hard and frightening, and what was the point anyway? I kept getting on the scales and my weight was going up. I knew I needed to do something – that I was slowly killing myself. I would look at Lachlan and worry that he was so young. He had already lost his father; he certainly didn’t need to lose his mother as well. So for a day or two I would look at different weight loss sites online and decide this was for me and within a week I would be back where I was, or worse. Finally I decided that it just wasn’t worth it. I would just ‘eat healthy’ and whatever happened would happen!

I got very good at covering how I was really feeling, a skill learnt after John died (not to mention many years of nursing). When I couldn’t avoid being with other people, I would put on a good face. I would laugh and be happy and say yes, I am moving on and looking forward to what is coming but inside I felt dead. There was only one person I was ever honest with about how I felt and even then, I still held back a lot of it because I didn’t feel it was fair to dump everything on her and despite the many times she told me, I was still convinced friendships had a short life. Besides she had enough going on in her life without having to counsel me every day. I realise now, looking back, it wasn’t the friendships, even online ones that were the problem, it was me. I always ‘knew’ that I was uninteresting and not a good friend, so I expected friendships to end. Without realising it I was sabotaging these relationships; leaving them before they could leave me.

So what changed? Well, apparently Facebook knows me better than I know myself. For a few weeks I had seen the ads down the side of my page advertising 12wbt. I loved watching Biggest Loser (and feeling a little self-righteous that I wasn’t as big as some of them and at the same time wishing I had the courage to do the same thing), and although I would never pick Michelle Bridges as my trainer (she is just a little scary 😉 ), her name caught my eye and I decided to have a look. It looked interesting and realistic and do-able, but then my internal voice kicked in and started with all the excuses – ‘what is the point – you never finish anything anyway’, you really don’t have the money’, ‘you won’t like the food anyway’, ‘you have tried going back to Weight Watchers and look how well that went!’ ‘been there done that – failed’.  So, again, I put it off – knowing it would be a waste of time.

But those ads persisted and one day I decided to just do it. I paid my money and went for a look around the site. The more I looked, the more I began to realise that maybe, just maybe I could do this. I had decided I wasn’t telling anyone (except Gill), because I had done this so many times before and I didn’t want the ‘here we go again’ looks. I even decided not to tell the boys exactly what I was doing; they were always supportive, but I didn’t really believe I could do this.

So at the beginning of May I started pre-season. The first thing was to give something up and I decided it would be Diet Pepsi. I had was drinking between 6 and 8 cans a day and had tried many times to cut it back, but this time I stopped overnight, and without massive headaches. Then we got to excuses! OMG – I didn’t realise I used so many! Writing them down was such a light bulb moment for me.  I still didn’t believe I could do it, but I was determined not to use those excuses again!

By the end of pre-season I had lost almost 9 kilos and that little voice in my head was getting quieter. I was gradually beginning to believe that I could do this! I joined a Facebook group of local people doing 12wbt and as is my way was very quiet but I read everything and loved how they were all so supportive. I also joined another group of people who had more than 30 kilos to lose and again loved how supportive and understanding they all were. There are so many different issues associated with huge amounts of weight to lose and these ladies understood.

Mostly I was concentrating on food but I had started walking, just around the block at first but then I decided to join the local ladies for a walk. Not just a walk but the Bridge to Bridge – 7km! I was so worried I wouldn’t be able to do it and had my back up plan already. I was going to call Ian and he would come and pick me up, but although I was very slow, one lady stayed back and walked with me and I did it! It felt so good but more than that it was the people I met that spurred me on with their success stories and their encouragement.

So after a much longer introduction than planned, 7 months later has my life changed?

It has changed SO much more than I could ever have imagined! I have lost 28 kilos (and admittedly while I have put some of that back on over the last few weeks, I know it will be gone very soon), I have new friends, I get out and do things I would never have thought possible, I actually enjoy exercising and miss it when I don’t. I have, in fact become a whole new person, or as I prefer to say – a better version of me!

From a person who sat at her computer most of the day looking in on the world, I have…

To say my life has changed in the last few months is such a huge understatement. I am becoming the person I always wished I could be and the good thing is, it is spilling over to my kids. We eat healthier and Lachlan is walking and coming to the gym with me (not always happily but he is doing it lol). I walk taller and no longer worry about what other people think and most importantly I am happy; happier than I have been in a very long time (with the odd little blip like last night but then life is not perfect!)

So bring on 2013 – I plan to be fitter, healthier and even happier.

I just want to add some thanks

–          To my boys for your love and support – it is unconditional and you are my reasons for keeping going.

–          To Gill who has been with me through all the ups and downs of the last 6 years, I would have sunk without you but thanks to you I am still swimming. You know what your friendship means to me – it was wonderful having you here to stay – next time we need to make it much longer 🙂

–          To my exercise friends – you have helped bring the fun back into my life. Your love, support and encouragement mean more than you could ever know

–          To the SCD girls – you have always been there even when I am not. I disappear for long periods when I feel the need but I know you always have my back.

–          To my Facebook friends – for your support, love  and friendship I will always be grateful

So, as always, this wandered off into totally unexpected realms but I feel so much better for having it all said. I wish each and every one of you a safe, happy and healthy 2013. This is going to be a fabulous year! 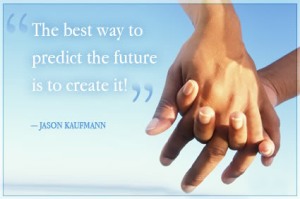