I have just had the best weekend. You may remember I was not looking forward to finale and was a bit nervous about the whole thing. Seriously – what was I thinking!!

I was already looking forward to it when I left home (thanks to dinner with the girls on Tuesday night) and arrived at the Star buzzing. That had settled a little after I pulled my bag around looking for where to check in, but all was well and I had my room. On the way up I ran into Theresa, Kyleanne and Leanne who were still waiting on their room. The short version is, it wasn’t ready so they gate crashed my room, trashed it 😉 and left. Fortunately they took me with them. 🙂

That night we went shopping for food – the healthy stuff went in first – that counts … right? Then we had a fun night mostly talking, but it did get a little wild when Marian broke out the blue socks and the crochet 😀 I met some new people (hi Kristi) and went to bed that night looking forward to the next day.

A text arrived telling Sharon and I breakfast was waiting so back up to our 2nd home we went, complete with bags as we were changing rooms. Pancakes with yoghurt and fruit were divine and t was time to go to the work out. It was discussed briefly the night before that we might ditch the work out and go shopping but like good girls we decided against it. Besides, we needed the photos 🙂

The workout was fun,  a little hard on my knees (note to self – no crawling on grass!), and the day was beautiful. I have to admit I was not overly energetic, but I had to save some energy for later in the night. 🙂 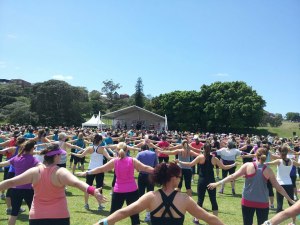 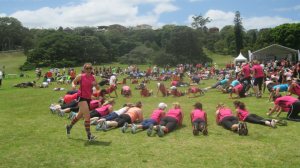 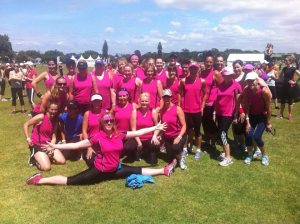 Then it was photo time – I may never wash my shirt again lol – Mish leant back on it 🙂 and then it was a quick (not :)) trip back to the hotel in time for a shower and off to hair and makeup. 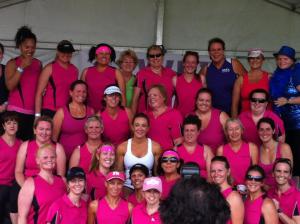 I have never had my make-up done before and rarely my hair (unless it is a normal hairdressing appointment) so it was nice to sit and relax and let someone else do the work. I chatted to a couple of people (hi Maz) and then it was done. It took a while but in the end I actually liked the result.

Another quick trip home to get all glammed up and the limo was there. 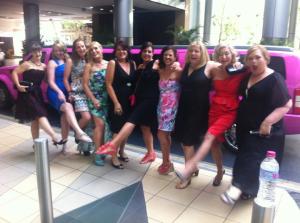 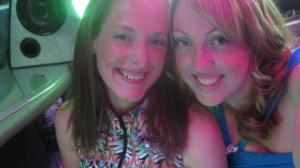 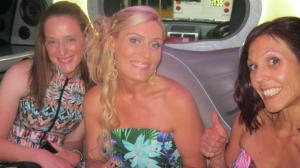 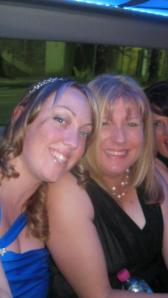 There is nothing quite like riding around Sydney in a bright pink stretch limo! How fun was that. Our driver was good value and an excellent photographer 🙂 and was never short of ideas for posing, many of them were more for him that us me thinks. We had several stops for photos, including photo bombing someone’s wedding car, and then it was off to finale. 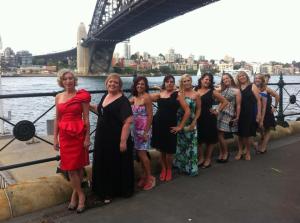 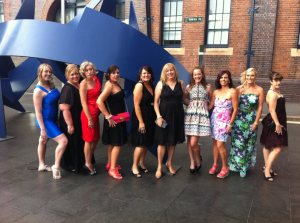 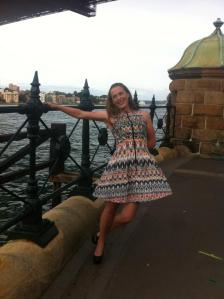 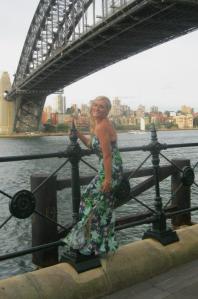 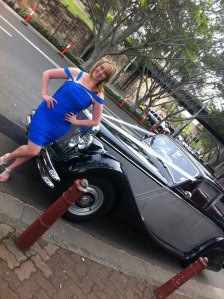 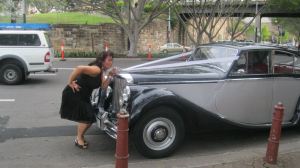 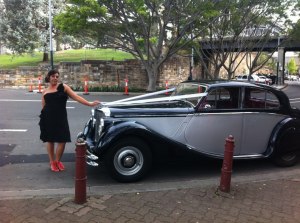 It was fabulous to see everyone all dressed up. So often we only see then hot and sweaty and I have to say everyone scrubbed up pretty well 🙂 It was lovely to meet some people I had only seen on FB and to put names to faces, but I have to say I was a little disappointed in the finale. I’m not sure if my expectations were too high but I felt a little let down. 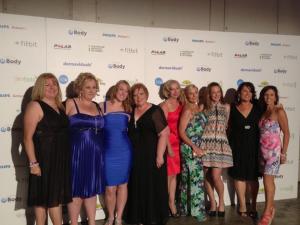 Despite that we had numerous photos and spent a nice couple of hours, in the end a few of us leaving a bit early. We were all hungry because food seemed pretty much non-existent at the party so we wandered down to the food court at the hotel, still looking glamorous and had delicious (unhealthy) food 🙂 followed by drinks with some other Western Sydney girls, finally crashing around 2am.

This morning we had booked in to do a session with Emazon. (http://www.emazon.tv/) Here is more about who she is  She had been on Biggest Loser a couple of seasons ago and come across and very ‘in your face’ and intense and we were all pretty nervous about what to expect. I have to say, it was the perfect end to the weekend. If you ever get a chance to do a session with her, I would highly recommend it! It’s very hard to describe what she does and what happens, I think it is a personal journey for each of us, but I came away knowing I would never be the same again and as airy fairy as it sounds, I felt at peace with myself and knowing that I am going forward in the right direction. I am not saying this was easy; there was a tear or 2 but it was the best thing I have done for me in a long time. I was so glad that I got to share it with my friends.

Now I am home, exhausted but happy. I want to thank all the girls that shared my weekend for a wonderful time, but more importantly for their friendship. It has been a very very long time, if ever, that I have felt so accepted as I am. I said to some of them today, that while I was the biggest person there, I never once felt out of place or ‘alone’. I always felt like I was one of them, that they got me and there is only one other group of people that I have ver really felt like that with, and they live on the other side of the world.

So thank you Theresa, Leanne, Kyleanne, Kristy, Marion, Sharon, and everyone else. I love my exercise friends and thank you for a weekend I will remember for a very long time.

7 thoughts on “My Weekend (the condensed version)”